A Brief History of Windows for Homes 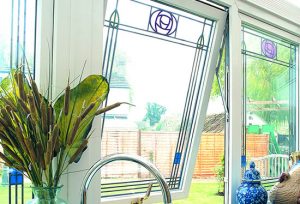 We take many things for granted in our everyday lives. Things we don’t even notice or think about how they came to be. Many things fall into this category and are around us all the time. Did you ever think about why your home is the way it is? How it came to be the style it is. Who decided how the layout should be and why things are designed the way they are.

One of the most important features of the home are the windows. They allow natural light in, ventilation, a view of outside and adds to the style of the property.

Windows started life as just holes in walls. They were later covered in animal skins, or cloth and maybe even wooden shutters that could be opened and closed. Much later builders started to use glass in small pieces which were joined with lead. In the far east they even used paper, which you may have seen in some Japanese buildings.

As with a lot of things that exist today, the Romans are credited with the first glass windows but it was the 17th Century that saw the English use panes of glass in common building techniques. The process of making glass for the use in windows was a long one. Glass sheets were first made in 1226 in Chiddingfold. England but was very expensive and it wasn’t until the 1600’s when it was used in Metal Casements where they became more ornate and offered more functionality such as opening and closing.

A window tax appeared in the 1690’s which showed that windows in your home carried a high status and it meant that many home owners decided to remove windows and brick the opening to avoid the tax. Luckily this was repealed in 1851 and the window industry again started to boom.

In the 18th century we saw box sash windows gaining in popularity along with bay windows. This again offered more in terms of design and functionality allowing windows to be opened by sliding up and down while giving rise to the recognisable Georgian style of house.

In the 1900’s the Art Deco style appear and again the windows were a strong feature of the design with metal framed casement windows leading the way.
Now up to modern times, the window designs are seemingly limited only by the imagination of the designer. You can even have sliding bi-fold doors made from glass and pretty much whole buildings made from glass.

So the humble window has come a long way since the basic hole in the wall and glass continues to be reinvented to fit the requirements of the design. This could perhaps mean we no longer can tell the age of a property just by looking at the window style but maybe that is not a bad thing.